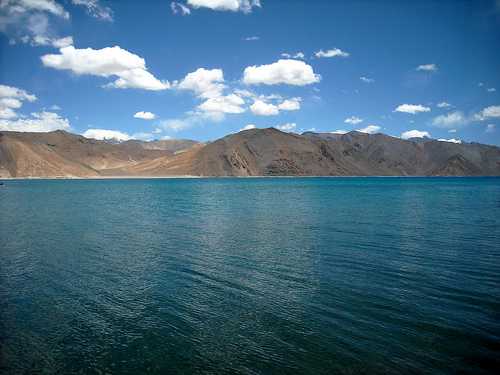 Pangong Lake is one of the biggest tourist attractions of the country.Pangong Lake is also known as Pangong Tso.Pangong Lake is an endorheic lake in the Himalayas situated at a height of about 4,350 m (14,270 ft).It is 134 km long and extends from India to China.Pangong Tso is geographically situated in a disputed territory, claimed both by India and China.A unique feature of the lake is that it does not remain blue throughout the year or even the day, rather it changes colours from azure to light blue to green and grey too! It has been a tourist attraction for a very long time and has gained further popularity after being a 'hot-spot' for many film shoots. 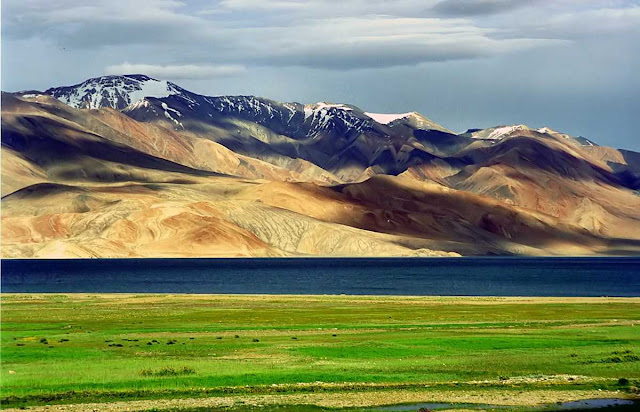 Tso Moriri lake is a twin to the Pangong Tso Lake. A small triangle of blue in the midst of mountains.Tso-moriri or Lake Moriri is a High Altitude Lake, located in the Changthang area with an altitude of 4,595 m (15,075 ft).Maximum depth of Tso-moriri Lake is 248 feet. Tso-moriri Lake is surrounded by barren hills, with the backdrop of beautiful snow-covered mountains.Since Moriri Tso lake is the lesser known of the two lakes, the crowd frequency is less too.

The lake is fed by springs and snow-melt from neighboring mountains. Most water enters the lake in two major stream systems, one entering the lake from the north, the other from the southwest. Both stream systems include extensive marshes where they enter the lake. It formerly had an outlet to the south, but this has become blocked and the lake has become a endorheic lake. The lake is oligotrophic in nature, and its waters are alkaline.


Ladakh Tour of Landscape Of Ladakh 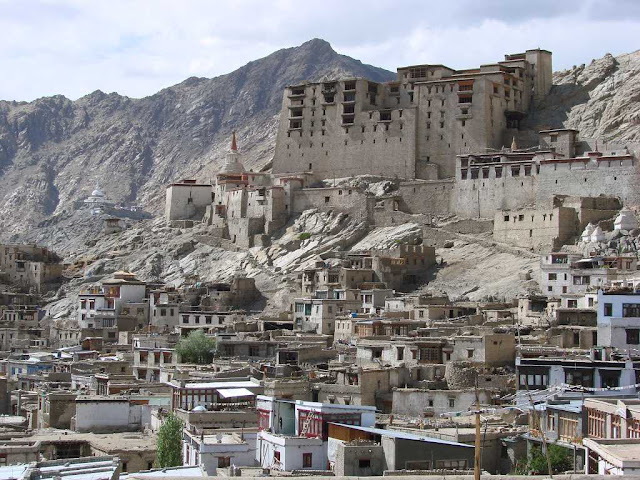 It is one of the biggest tourist attraction of Leh city. The grand royal palace of Leh overlooks the Namgyal hill lying atop the old Leh city. Leh Palace Construction started in 1553 and completed in the 17th century.Initiated by Tsewang Namgyal and completed by Sengge Namgyal, both from the Namgyal dynasty of Ladakh.one of the tallest buildings of its time with nine story’s.It is one of the finest examples of medieval Tibetan architecture.A statue of Lord Buddha graces the monastery of the palace.In the Leh Palace, you can also spot a wonderful collection of royal jewelry, ceremonial dresses and crowns. 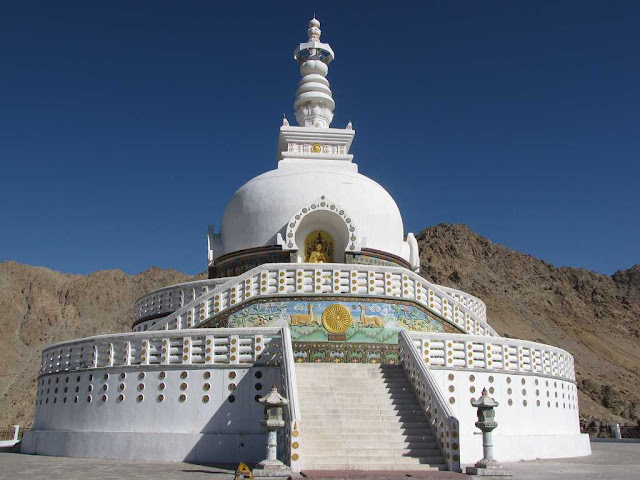 Shanti Stupa was constructed in the year 1991 by Japanese Buddhist, Bhikshu Gyomyo Nakamura.The architecture and the beauty of this place are unexplainable. Shanti Stupa is one of the magnificent Tibetan structures that has ever been built.The construction was jointly done by the Japanese and Ladakhi Buddhists.Shanti Stupa is a white-dome structure dedicated to Buddhism.Shanti stupa is one of the beautiful place in ladakh. It is situated at leh main city .This place is basically known for there amazing sculpture and it is not only for religion significance but also for one of the tourist attraction. The beauty of Shanti Stupa takes a level up at night, especially during the full moon night when it is naturally illuminated by the moonlight. 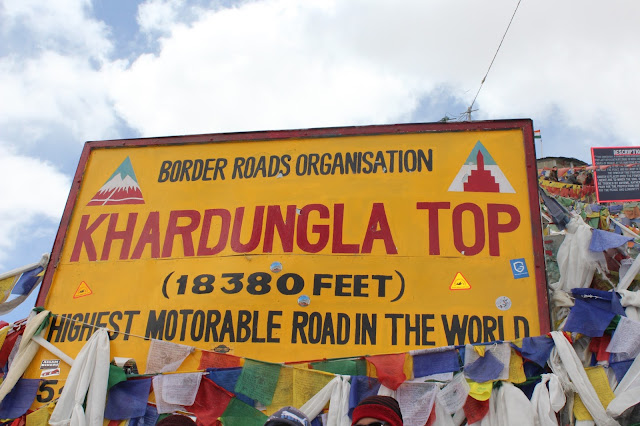 Khardungla Pass is the highest motorable road in the world.Khardungla Pass is at an altitude of 5,359 meters.Khardung La is 39 km by road from Leh.Journey from Leh to Khardungla was a painful 3 hours drive up on a winding road, interrupted by minor landslides and avalanches.The Khardung La Pass cuts through the mountain peak and so it offers amazing view of Leh and mountains surrounding the valley.The pristine air, the scenic beauty one sees all around and the feeling that you are on top of the world has made Khardung La a very popular tourist attraction in the past few years.

Popular posts from this blog

December 08, 2018
Leh-Ladakh is the highest altitude level region in India (much of it being over 3,000 m), incorporating parts of the Himalayan and Karakoram mountain ranges and the upper Indus River valley. There are various options to reach Leh - Ladakh where you can choose through flight from Delhi to Leh.  You must spend at least a day in Leh city because it is at altitude of 3500 m above sea level. To getting used to of your body and mind according to the weather. Getting used to reduce the chances of getting hit by acute mountain sickness. Although it can strike you in the cruel weather situation during your trip. Another recommended route is reach Delhi by flight and then starts your tour from Delhi by car.  Delhi to Manali and take night stay at Manali which is 3979m (13,050 ft) from sea level which helps your body to accumulate. Go ahead Manali to Jispa / Sarch and then Leh – Ladakh. So upto leh ladakh high altitude position your body completely according to weather which
Read more